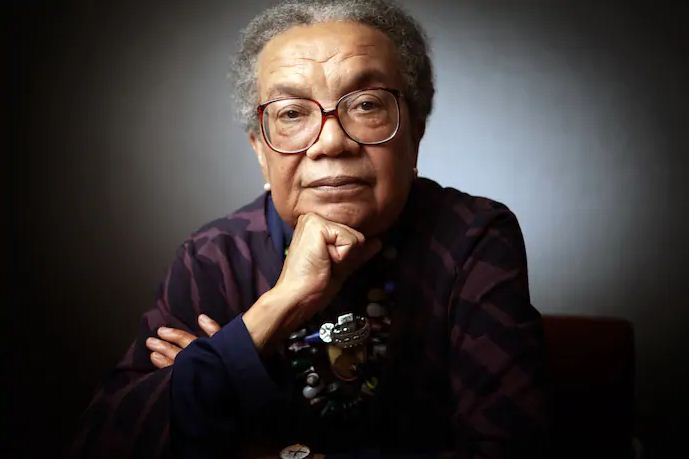 Marian Wright Edelman, 79, has been an advocate for disadvantaged Americans for her entire career. She founded the Children’s Defense Fund 46 years ago and serves now as its president emerita. She was the first black woman admitted to the Mississippi bar and received the Presidential Medal of Freedom in 2000.

You have been at this work for a long time. Can you talk about what led you to it?

Everything I do comes from my childhood. I grew up in a small segregated Southern town in South Carolina. But we were clear that the outside world should not define who we were internally. We always had books in our home, even when we didn’t have a second pair of shoes. We always knew about the great black role models. And my parents instilled a sense of service. Their bottom line was, God runs a full-employment economy. And if you just look at the need and ask what you can do, you’ll never lack for something meaningful and purposeful in your life. All I’ve done is follow the need,

I was surprised to learn you’d almost studied Russian literature instead of law.

In my sophomore year [at Spelman College], Howard Zinn nominated me for a Merrill scholarship. That was such a gift. I went to study at the Sorbonne in Paris and then Geneva. It gave me the opportunity to see what it felt like to really be free. I wanted to go back to Europe and study 19th-century Russian literature. But it was the beginning of a student sit-in movement in Atlanta. And you see what is happening, and, hell, you get mad. I applied to only one law school at the last minute. I suspect Howard Zinn probably filled out my application for me because we were too busy doing other [civil rights] stuff. I went to Yale. And I hated it. Oh my God. What did future interest and the law against perpetuities have to do with police dogs and all that stuff?

All my friends were in Mississippi. They paid my way to go down there during spring break 1960. Oh my goodness. The first thing we heard was there had been a shooting in Greenwood. Voter registration had stirred up things. The community was terrified. But they didn’t want people to think the shootings would scare people from voting. So they said let’s walk to the courthouse together to register to vote. And there was the biggest crowd you ever did see. There were all the police cars. It was awful. Bob Moses, who was one of the bravest men I ever knew, and Dave Dennis and Jim Forman were at the front of the line. They sicced the police dogs on them. I mean, I still cross the street if I see a German shepherd. They were throwing everybody in jail — all the leaders. They immediately took them down to the courthouse to try them. We had three black lawyers in the state at the time who took civil rights cases — 95 miles away. So I went running down to the courthouse — I had one whole quarter of law school, right? — with the mob. And tried to go up the front steps. They pushed me down the steps, and I went around to the side to try to get in. And they wouldn’t let me in. And I got so mad, it got me through law school. [Laughs.]

What misperceptions do people tend to have about you?

I don’t spend a lot of time thinking about what people think about me. I mean, I’m not running for homecoming queen or president or anything else. I’m sure people think I’m unrelenting. That’s true. I’m guilty. Maybe the bad word is “shrill.” If that’s the perception, then I have to work on that. But I want for other people’s children what I want for my own children and for my own grandchildren. So I don’t apologize for being passionate. I don’t apologize for not going away. I hope I’m a soldier in a truth fleet. I mean, you knock me off, I’m going to come back. Because right is right. Justice is justice. What children need is somebody who will bite any hand that hurts them. We need to speak the truth to friends as well as non-friends.

Yes, I know you had a well-publicized rift over welfare reform with the Clintons, with whom you’ve been close. [Her open letter to the president in 1995 called signing the reform bill “a great moral and practical wrong.”]

I believe there’s no general coalition for children. You build your coalitions based on self-interest. We wouldn’t have CHIP [Children’s Health Insurance Program] without Orrin Hatch, and we fight with him all the time. But I adore him. We get along very well. It’s all very complicated: Somebody who is going to be with you on one thing is not going to be with you on another. There are no friends in politics.

What is advice you live by?