Bessemer Amazon is the Beginning, Not the End of the Movement to Organize Labor in the South! 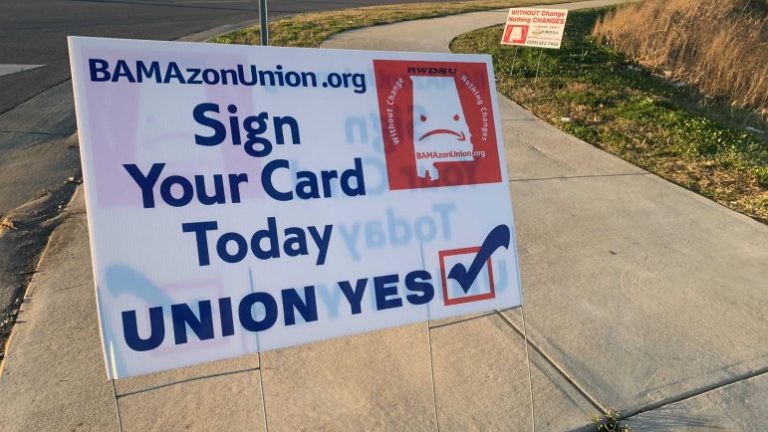 As we await today’s count of the Bessemer Amazon union vote, it’s important to remember what this campaign means regardless of the outcome of the union vote.  Bessemer has opened a new period for the labor movement’s opportunity to organize in the US South, and of the important role of Black workers in championing this strategic direction.

Taking on the world’s second largest corporation in a region where all of the Southern states combined have less union members than the state of New York alone, and where the legacy of Black enslavement still divides the working-class in social, political and economic ways, the Bessemer campaign objectively represents a struggle to build workers power against the power of a global corporation and thus against global capitalism.

This campaign must be viewed as an opening battle developing the various components for a strategic concentration to organize labor in the South. The Bessemer solidarity actions that have taken place in more than 50 cities across the US, including  elements of international solidarity, has helped to highlight the importance of organizing labor in the South. Expressions of solidarity with the Bessemer workers campaign, were carried out by many local and national trade unions, members of the clergy, and even president Biden had to take a pro-union position because of the popular support generated by Bessemer.

Bessemer shows the potential of the intersection of a mass movement against systemic anti-Black racism that took the form of Black Lives Matter, organizing labor in the South, and the class struggle led by Black workers.  Labor and progressive forces must build on this development regardless of the outcome.