From the Archives: VINCENT HARDING AND THE LEGACY OF THE SOUTHERN FREEDOM MOVEMENT 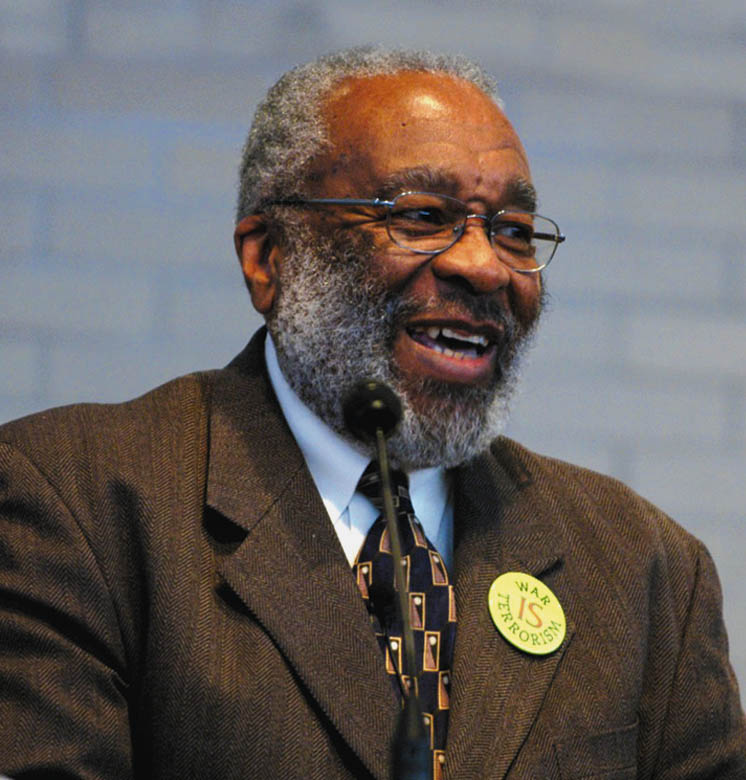 From the Archives: VINCENT HARDING AND THE LEGACY OF THE SOUTHERN FREEDOM MOVEMENT

In 2013 Terry Messman of Street Spirit interviewed Vincent Harding
Gordon Harding began working closely with Martin Luther King, Jr. and the Southern Freedom Movement in the early 1960s as a nonviolent trainer and activist who was arrested in the struggles to overcome segregation and racial discrimination.
An eloquent speaker and writer, Harding also was a peacemaker, and his early — and prophetic — condemnation of the Vietnam War was a crucial influence in inspiring King and the Southern Christian Leadership Conference (SCLC) to take a bold and uncompromising stand against the war at a moment in our nation’s history when it mattered most — and was most controversial.
Harding arrived at our interview on April 23 wearing a button conveying a stark insight: “War is Terrorism.” The small button speaks volumes about the long-standing faithfulness of a man who still carries on his commitment to peacemaking and nonviolent resistance to America’s present-day war machine, even though it is now 60 years since he became a conscientious objector as a young man in his early 20s, while serving in the U.S. Army from 1953-1955.
Read more here
Read more