It is somewhat ironic that thousands of Jews in Israel are getting reparations and passports from Germany because of expulsion, loss of property and persecution, yet Israel will not allow Palestinians to return to a land from which they were expelled 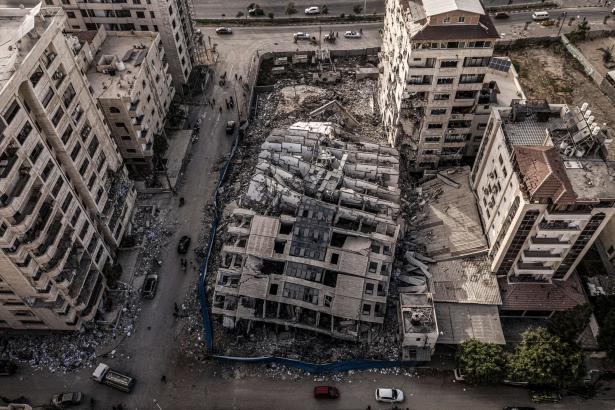 A drone views the ruins of buildings in Gaza city, leveled by an Israeli airstrike, on June 11, 2021, in Gaza, Palestine., Majdi Fathi / NurPhoto // Truthout

I am a first-generation American. My Jewish parents fled Germany as the horrors of the Holocaust were unfolding. They left behind family who perished in camps and were killed as they fled from their homes while being chased and shot at by Nazis.

My great-grandfather, grandfather and father had a thriving butcher business in Frankfurt. They lived in the apartment building next to the butcher shop. My father always said he barely realized he was Jewish until Hitler arrived. It was always Deutschland über alles.

My mother’s family were wheat traders in Wetzlar. After the rise of Hitler, my mother fled Germany first so that she could learn the language in her new country and make enough money to bring over her parents and brother. They came to the U.S. without much money and like many, had to build a life from the bottom up.

Once the war was over, Germany gave my father reparations for the loss of his business as well as for the crime of persecution. He received a monthly check until his death at the age of 91. Both of my parents were welcomed back by the German government and told they could get their passports and citizenship returned.