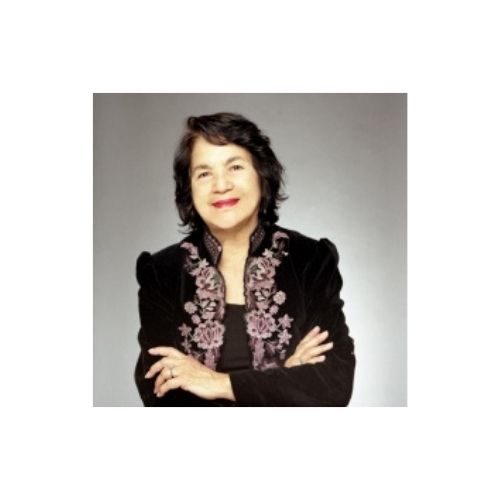 DOLORES HUERTA co-founded the United Farm Workers with Cesar Chavez. She directed the famous national grape boycott that resulted in the entire California table grape industry signing a contract in 1970. Never deterred from the struggle even after 22 arrests and being beaten by police when protesting George H.W. Bush, Dolores has received many awards for her courage and commitment including “the United States Presidential Eleanor Roosevelt Award for Human Rights” and the “Presidential Medal of Freedom.”