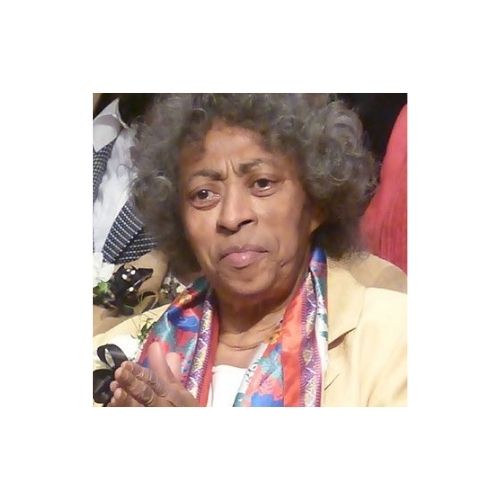 Dorothy Dewberry Aldridge, a native of Detroit, began her civil and human rights work began in the 1950s with the NAACP Youth Council. During the 60s and 70s, she was a member of the Student Nonviolent Coordinating Committee (SNCC) and worked with such noted persons as Stokely Carmichael, Hubert “Rap” Brown, Mrs. Rosa Parks, Mrs. Fannie Lou Hamer, and Miss Ella Baker. In the 1980′s, through working with MCHR, she organized and led bus tours of Civil Rights movement historic sights in the South for young people from Metro Detroit. These tours took young people to Birmingham, Montgomery, and Selma, AL, Albany, Georgia, Memphis, TN and other places where the Movement’s battles were fought. She also served as Chief Guide for the Detroit Freedom tours that visited historic sites locally, both here and in Canada. She was active in part as a result of her work with Mohr’s South Africa Committee, in the anti-apartheid protests and the African Liberation Support Movement. She has also recently served on the MLK Day planning committee for the last few years. Most recently, Dorothy has been active on MCHR’s film committee and annual dinner committee and was a key planner and chaperone of the 2013 Freedom Tour this past summer. Mrs. Dewberry Aldridge is married to fellow activist, Rev. Dan Aldridge and they have a daughter and grandson.