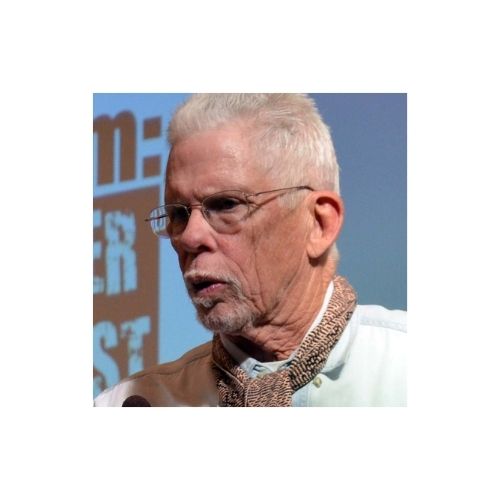 The political activism of life long Detroiter Frank Joyce began with the civil rights movement.  He joined the Northern Student Movement (NSM) in the early 1960’s and later helped found People Against Racism (PAR).  He has been in involved in labor, anti-racist, human rights and peace campaigns ever since.

He has worked in factories, retail and media.  He has won awards in print,  radio and television journalism. He is a former News Director of WDET and was Communications Director of the United Auto Workers Union for many years.

He is a member of the Leadership Team of the National Council Of Elders and the Vietnam Peace Commemoration Committee and a long time Board member of the Michigan Coalition for Human Rights (MCHR).  He is a founding member of the Editorial Collective of Riverwise Magazine. Joyce is a former Board Chair of The Working Group (TWG),  a non-profit media production company that supports the anti-hate movement Not In Our Town (NIOT).

His writing is published at AlterNet,  Riverwise Counterpunch,  The Fifth Estate,  The Detroit Free Press, and in many anthologies.  He is co-editor with Karin Aguilar-San Juan,  of The People Make The Peace, Lessons From The Vietnam Anti-War Movement. He is currently writing a book about unlearning white supremacy.

Frank Joyce and Roxanne Dunbar-Ortiz discuss her book, “Not A Nation of Immigrants: White Supremacy, and a History of Erasure and Exclusion”