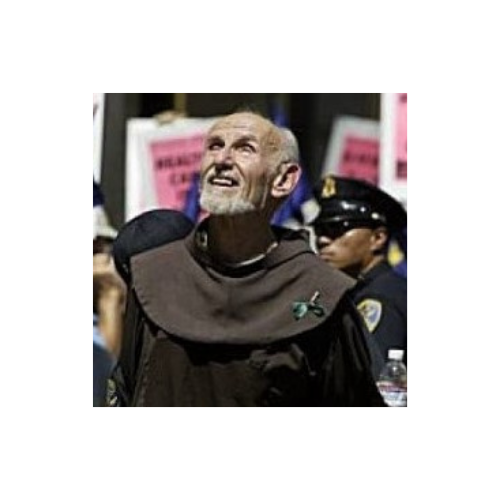 Louie Vitale, OFM is a Franciscan Friar,  Co-Founder of Pace e Bene Nonviolence Service, and the Nevada Desert Experience to end nuclear testing. He served as Provincial of the California Franciscan Friars from 1979 to 1988, and co-founded The Gubbio Project in San Francisco, which provides a sanctuary for unhoused people during the day.  Vitale has a Ph.D. in the sociology of religion and social movements from UCLA, and has engaged in nonviolent civil disobedience for nearly four decades, in pursuit of peace and justice. He has been arrested more than 300 times and served numerous prison sentences for these nonviolent actions.