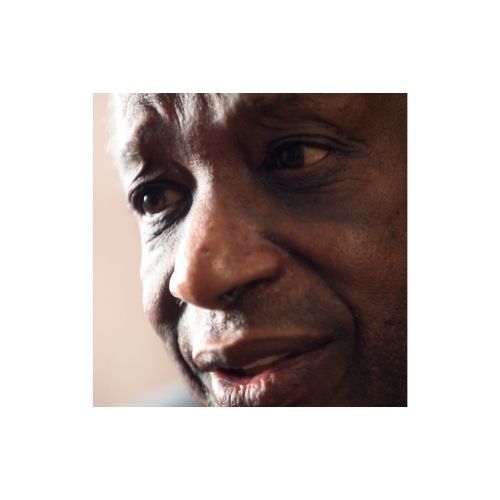 Ron Scott liked to call himself a “Transformational Anthropologist.” He was deeply interested and engaged in activities and projects that changed human and social behavior in the direction of peace and reconciliation. He was a political/social activist, a political consultant, a radio/television host and a documentary producer and chronicler of history.

Two of his most cherished awards were that of Unsung Hero from the Congressional Black Caucus; and the Silver Circle Award from the National Academy of Television Arts and Sciences. He spoke locally and nationally about transforming community, peace-building, the Black Panther Party, engaging today’s Black youth, mentoring, and activism.

Ron grew up in the Jeffries Projects in Detroit, where his political and social worldview was shaped by an astute single mother who eventually earned a degree and became a teacher, and by conservative as well as progressive teachers who angered, challenged and ultimately inspired him. He was accepted into the University of Michigan in 1965, before Affirmative Action was in place to ensure educational equity.

Ron was fortunate to have participated in the famous 1963 Detroit March, where the Rev. Dr. Martin Luther King Jr. previewed his famous “I Have a Dream” speech in Washington, D.C. later that year. A few years later, in the middle of his U-M attendance, he heard an electrifying Kathleen Cleaver speak at Detroit’s St. Matthew/St. Joseph Church and found himself co-founding Detroit’s Black Panther Party Chapter.

He was a political consultant and media strategist who worked with the likes of the late Mayor Coleman A. Young, Congressman John Conyers and H. Ross Perot. He was an early producer of one of the longest-running African American-focused shows in the U.S., WTVS (PBS affiliate) “Detroit Black Journal” and has interviewed some of the 20 century’s most intriguing people, from Martha Reeves and James Brown and the group “Enchantment” to the Archbishop of Durban, South Africa to Ladysmith Black Mambazo.

He last served as spokesperson for the Detroit Coalition Against Police Brutality, and am a member of the Boggs Center to Nurture Community Leadership.