The Importance of the Fight for the South–and Why It Can and Must be Won, By Bob Wing and Stephen C. McClure 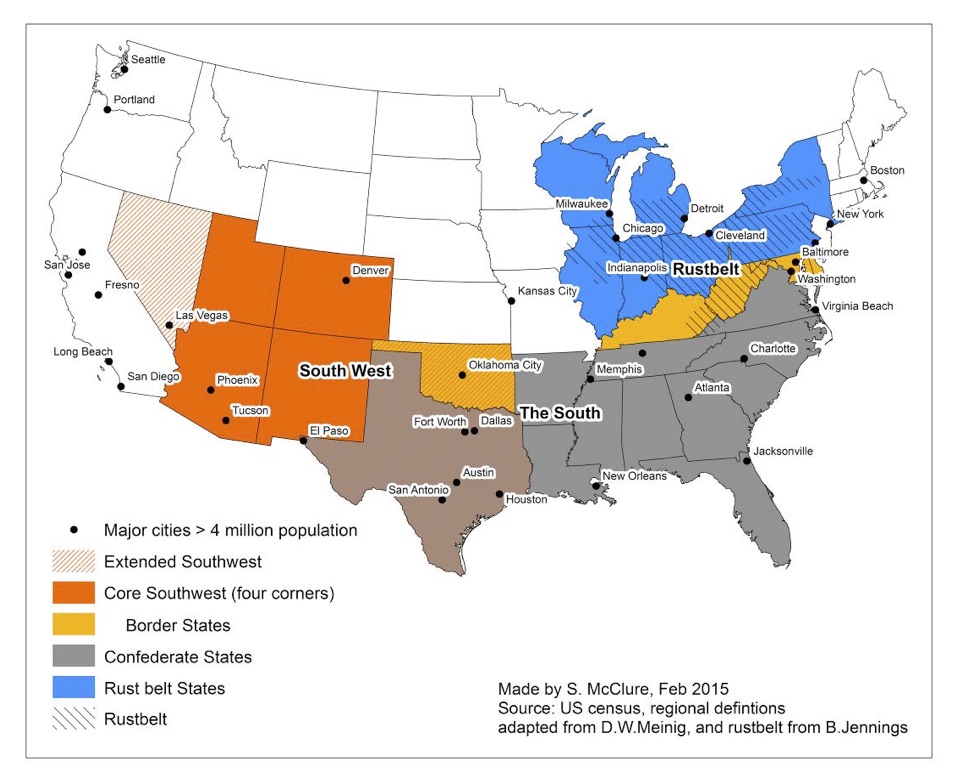 We need consistent and deep strategic dialogue among left organizers if we are going to forge a path to power through these dangerious times. To meet that need, Organizing Upgrade will be re-launching with regular pieces in late September.  Keep an eye out!

This essay was prepared in March 2015, prior to the 2016 election season that eventually resulted in Donald Trump’s victory. However, the far rightwing’s capture of the presidency makes this essay’s main arguments even more important. The far right, racism, militarism, inequality, and poverty are all centered in the South. The majority of African Americans, the main protagonist of progressive politics in this country, live in the South. And the South has more electoral votes, battleground state votes, population, and congresspersons than any other region. The South is changing rapidly, giving rise to more progressive demographic groups–especially Black and Latino migrations, LGBTQs and urbanites–and a growing Democratic vote. These trends can only be maximized if the importance of the South is understood as a strategic necessity and the chance to win state by state, is acknowledged and acted upon. Hard as the fight is and will be, downplaying the Southern struggle is a losing political strategy and forfeits the moral high ground on the biggest issues facing the country.

The importance of the fight for the South is a matter of considerable controversy. Whatever the rhetoric it’s safe to say that most progressives outside of the South have put little time, energy or money into this struggle since the height of the southern Civil Rights movement. Many have outright given up on the South, considering it either a reactionary lost cause or simply unwinnable.

We beg to disagree, and in this essay will make the case that failure to the fight for the South downplays the centrality of the Black struggle in U.S. politics, strategically surrenders the upper hand to the far right and the Republican Party and cripples the fight against poverty. The South is a dynamically changing region and the fight for it is absolutely crucial to defeating the far right and winning a progressive future.

Specifically, we argue that as regards building the progressive movement into a powerful force in this country, the South is crucial.