Who Was Grace Lee Boggs, the Asian American Labor Organizer and Writer? 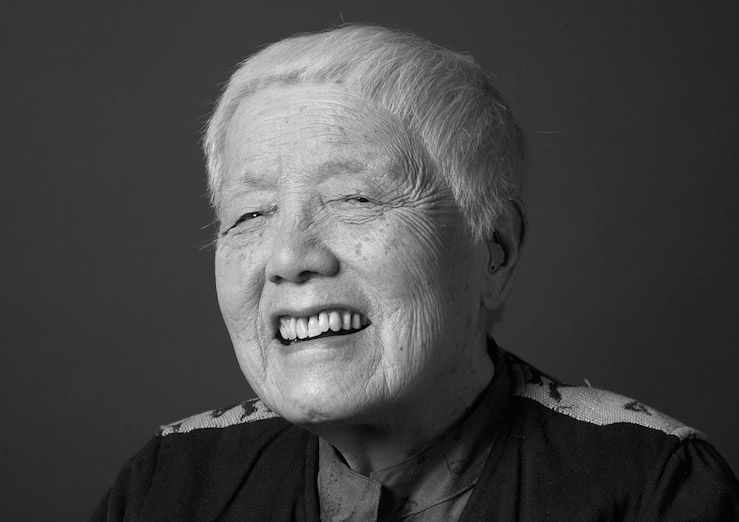 Who Was Grace Lee Boggs, the Asian American Labor Organizer and Writer?

Grace Lee Boggs — an Asian American intersectional feminist — died at the age of 100 on October 5, 2015, in Detriot, where she spent much of her life working as an activist. Boggs’s identity as a first-generation Asian American woman made her uniquely aware of the different yet connected struggles her community faced. Her early exposure to class inequalities inspired her fight for workers’ rights, specifically in relation to capitalism and racism. Her legacy as a community organizer is still apparent in various labor efforts today.

“The long history of her activism — from anti-war organizing after World War II, organizing alongside Black autoworkers in Detroit, starting a revolutionary Asian American study group to name a few — shows us how the path to liberation is a lifelong, continuous, and courageous process,” Rachel Kuo, a feminist media scholar, tells Teen Vogue, highlighting how Boggs was a model of what it means to ground revolution in the practice of community building. “She shows us how to imagine Asian American movement building in more expansive ways in order to shift and transform systems of power. She also challenges us to embody leadership as a self-reflexive practice, to constantly be learning and growing.”

In a sense, Boggs’s politics were inherited from her mother. In a 1993 speech to the first Asian Pacific American Women’s Symposium at the University of Michigan, Boggs said, “My mother was a rebel all her life. She never learned to read or write; there were no schools for females in the little Chinese village where she grew up … She used to tell us stories of how she and her little brother had to steal food from the graves of ancestors to survive. When she was nine, her uncle sold her for work, but she ran away. In 1911, on the boat coming from China to the U.S., she gave birth to my sister on the floor in steerage.” In that ’93 speech, Boggs said her mother was an early feminist, a title that Boggs herself was proud to wear.

Boggs is perhaps best known for centering the pitfalls of capitalism in her work (through her books like Living for Change and The Next American Revolution), and often citing capitalism in her studies as the center of where exploitation begins. Boggs also frequently examined the role of Asian Americans in society, and wrote about how to work alongside unions and the Black Power movement to fight for the civil liberties of women and people of color.

Kuo tells Teen Vogue that Boggs’s impact is, in part, a lesson in solidarity, especially given how the Asian American community of her time was influenced by migration and labor.

“[Boggs] helped us understand what it is about Asian America that can uniquely contribute to how we understand social movements and politics,” Kuo says. She tells Teen Vogue that Boggs played an essential role in shifting the idea of activism from a theoretical game to something that is rooted in actual struggle, citing Boggs’s history of building multiracial working-class movements, especially alongside autoworkers.

In 1953, Boggs (still Grace Lee then) married fellow political activist James Boggs and they moved to Detroit, where they later founded the Detroit Asian Political Alliance. The group organized Vietnam War protests and focused on issues around Asian marginalization.

During this time, Boggs wrote several books, including Revolution and Evolution in the 20th Century, which explored questions such as how to build a sustainable social movement. Boggs said in a speech at the 18th annual conference for the Association for Community-Based Education in 1993 that movement building “creates a new dream, a new sense or vision of what it means to be a human being, a new basis of unity between different groups. A movement does not necessarily begin with this new vision, but in the course of struggle the vision has to become increasingly clear to the participants.”

Her community activism stayed largely in Detroit, but her impact reached organizers wide and far and is still potent today. Boggs’s vision of an equal society has still not been realized, but grassroots activists today are still fighting to address issues like racism, climate change, and women’s and LGBTQ rights. Boggs’s belief that sustainable change is a long game is vital to the leaders today.

“She rethought, ‘What does it mean for us to be people inhabiting this world collectively and what does it mean to be together? What are our commitments to one another, what is our responsibility, our accountability to each other?’” says Kuo.

There are no perfect answers to these questions, something that Boggs herself addressed in her decades of work. In her autobiography, Living for Change, Boggs wrote, “I am often asked what keeps me going after all these years. I think it is the realization that there is no final struggle. Whether you win or lose, each struggle brings forth new contradictions, new and more challenging questions.”

In her time, Boggs was able to lay down the groundwork on how to engage people in collective struggles. Her contributions proved that no act of service, particularly made in the faith of uplifting one another, is unseen. In a blog post for Bill Moyers Journal called “Seeds of Change,” Boggs wrote, “We can begin by doing small things at the local level, like planting community gardens or looking out for our neighbors. That is how change takes place in living systems: not from above but from within, from many local actions occurring simultaneously.”

Kuo expands on her points: “She’s like, ‘This work is ongoing and we’re gonna keep doing this because people have been doing this forever over time.’”

As recent history has demonstrated, there is still a need for greater conversation and action, particularly in the fields of labor reform and anti-Blackness. But as Boggs has shown, these are issues that organizers don’t have to tackle alone. If anything, the entirety of Boggs’s work is a testament to the strength of well-built movements and how intersectionality is not an addition, but rather the center of all activism.